Laurie Jones is a Maine based Singer/songwriter that had been dubbed “the missing link between Dusty Springfield and Tom Petty. She has been referred to as “Chrissie Hynde with a folk guitar” and compared to  Sheryl Crow for her Americana and Folk-Rock influences. These comparisons she happily and humbly accepts. Influenced by a multitude of styles,  Jones combines the craft of songwriting with her own unique sounds that range from Rock to Gospel.   Whether playing her songs acoustic solo, or backed by her rock solid band, Jones delivers the lyrical sass and musical punch she has built her reputation on.  Laurie Jones has recently announced her 7th, and latest album, Dark Horse.

When life gets rough, singer-songwriter Laurie Jones rides it out with her music. Taking her own life experiences and crafting songs is a natural solution for Jones, who has released her latest studio album Dark Horse.

Dark Horse is a 9-tracker showcasing her impressive storytelling. “It’s my version of a concept record twisting personal subjects, such as faith, self-acceptance, battling addictions and mental health into the message. Life can get messy, so it’s ultimately about making peace with all that messiness and landing on forgiveness,” states Jones, “being able to forgive not only others, but most importantly, yourself”.  With a history for clever and sassy lyrics, Dark Horse paints a vivid musical landscape for all the above.

The record  kicks off with ‘That Summer’, an infectious and nostalgic track that seems timeless with its driving rhythms, bright harmonies and lead guitar. This, setting the scene for the rest of the album and inviting the listener into what feels confessional and sacred. Up next ‘Light Side’, a straight on rocker, has a powerful energy, incorporating gritty guitar riffs and a catchy chorus that feels like a gutsy teenage anthem.  The song ‘Dazed,’ however takes on a mellow and smooth approach with its opening acoustic guitar and unique drum pace, leaving space for Laurie’s distinctive and emotive vocals.  Dazed is also the one track on Dark Horse that was written by Torin Jones, who is also Laurie’s son.

Deeper into the album, ‘Good Man’, the shortest of tracks, presents a reflective and melancholy approach. Produced with a clear visual in mind, it’s a warning of sorts. Written from the perspective of the antagonist ‘the truth can hurt you, and so will I’, ‘Good Man’ is a cautious tale.  This leads perfectly into ‘No Hell’ which offers a powerful gospel-like vocal with the melodic hook of strings and blazing guitars as Jones belts “ain’t no hell like a hurt woman” with conviction and certainty. Later, and bringing the album to a definitive close is the song ‘Letting Go,’ which is the cleansing and emotional finale that leaves Jones “ready to take the dive” and clearly willing to forgive and move on.  Noted and rightfully recognized is the emotionally packed performance that you will hear throughout this album.  No doubt, Jones delivers am emotional vocal punch that commands attention from the listener.

Dark Horse is a cathartic product that came from the turbulence of 2020.  Jones was forced to slow down and observe her own life during an unprecedented time. Waking in the early hours of the mornings, and struggling with insomnia, she found respite with a guitar. “I was reminded of the best therapy”, which is music. Inspired by the likes of Tom Petty, Sheryl Crow, The Rolling Stones and Melissa Etheridge, Jones creates a sound that is completely her own. Recorded at The Halo Studio in Windham Maine, Dark Horse is Jones’ first album working with Producer Darren Elder, Co-producer Mehuman Ernst and Engineer Kevin Billingslea.  Because of the pandemic, it was necessary to rely on a team approach to see the project through.  Mirroring the album itself, the record required patience, trust and the ability to let go.  These elements, no doubt resulted in a confident and even more defiant return for Laurie Jones who has delivered a very brave and bittersweet Dark Horse.

".. the album shines with Jones’ mighty but gorgeous vocals on songs like “Good Man” and, especially, “No Hell.” As soon as you get to the end of  “Dark Horse", you’ll find yourself firing it all up again for another round.  This album wants volume, so be sure to give it a righteous crank rather than putting it on in the background. Trust me on this"

“Laurie Jones creates a sound that is both tender and tenacious. The songs are emotionally charged, flush with a searing sense of urgency and intent.  Credit her for crafting what will likely be considered the most essential effort of her career. 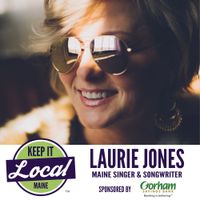 In this episode, had a chance to speak with Maine singer and songwriter Laurie Jones. We talked about her new album, Dark Horse, how the recording process and songwriting was different from her other albums, how Maine influences her as a musician, badass women, inspiration, and more!

"Saco-based rocker Jones’s guitar-drenched, up-tempo seventh album is loaded up with songs that ought to filter from open car windows on balmy summer evenings or blare outside ski lodges on bluebird days — it has that just-right low thrum of adrenaline. Standout track: The propulsive
album opener, “That Summer.”

Making a Scene Presents: An Interview with Laurie Jones 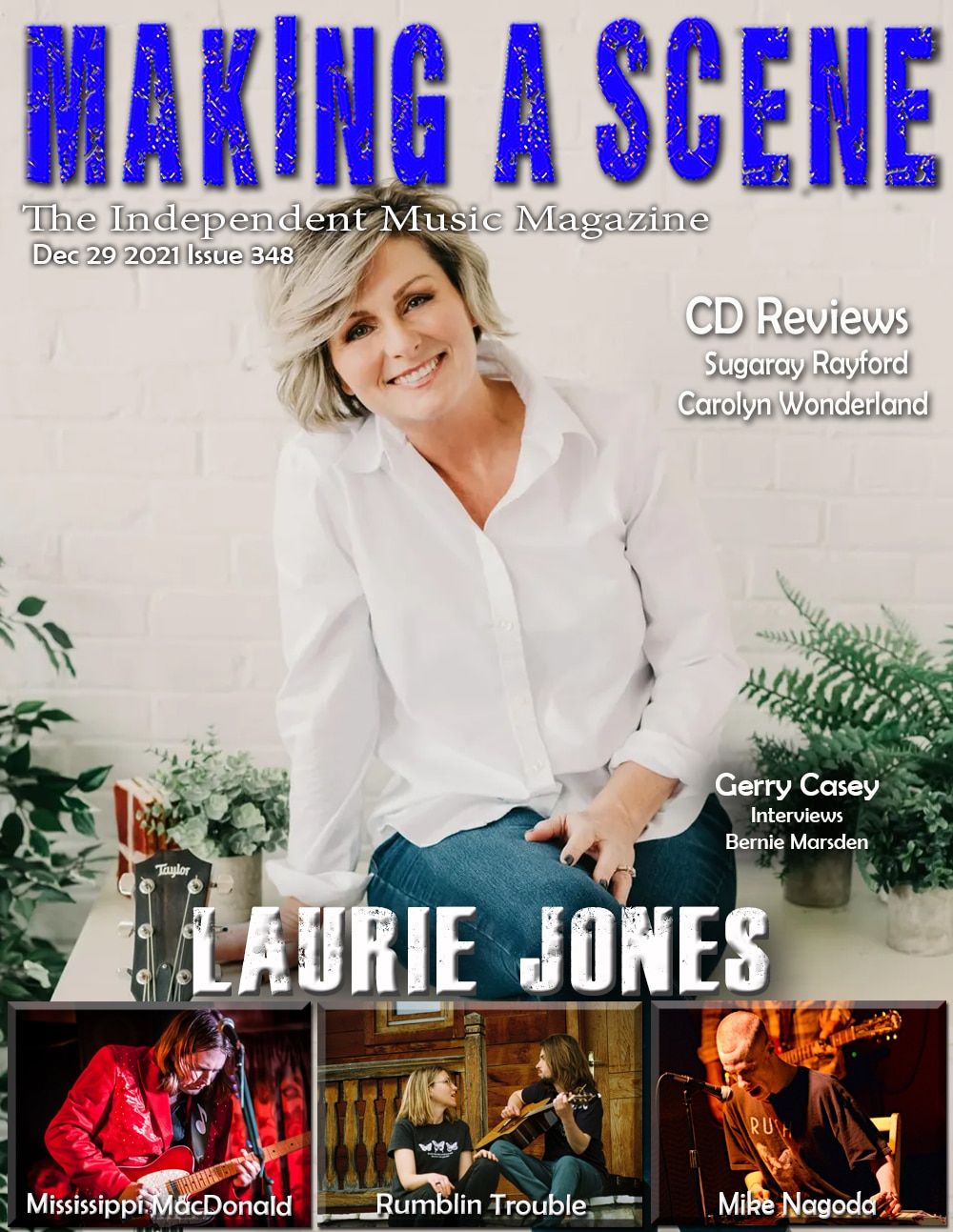 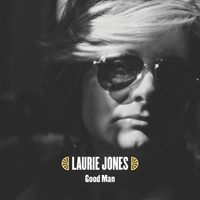 urie Jones, “Good Man” — Showing you don’t have to be 17 to drop a single with emotional power, Jones here releases a slow-burning rock piece, “truth could hurt you/ And so will I.” Clocking in at just 2:20, it leaves you wanting more.

“Dark Horse,” in October. The first single was the sensational, upbeat track “That Summer,” and she just released “Good Man” with an accompanying video.

The clip premiered on Jan. 21 and is closing in on 11,000 views. (in the first  2 days)  Jones said that she hopes the song – which includes the line “the truth will hurt you, and so will I” – empowers women. In less than two-and-a-half minutes of moody guitar, bass, drums and vocals, Jones exacts revenge with dark sarcasm on a man who is “running from his little lies.”